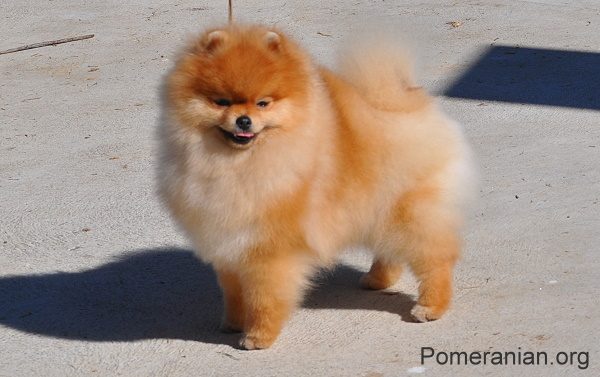 You have most likely been feeding your Pomeranian the same food each day for quite a while so it’s hardly surprising that he starts not wanting to eat it. He’s not eating the food because he just doesn’t like it anymore.

How to Feed a Fussy Dog

I suggest you feed your Pom an appropriate, healthy home cooked diet. Purchase a copy of my healthy “Home Cooking for your Pomeranian” booklet which is full of nutritious and tasty doggie meals. Meals can be cooked and stored in your freezer until required. Your Pomeranian will also benefit from eating raw meat and chewing on raw bones. Purchase the raw meat and freeze it into meal size portions.

What you should do if your pom dog wont eat dry food but eats treats. Avoid all commercially made dog snacks and treats and instead give your Pom a large raw bone to chew on a few times a week.

Lots of dogs are fussy eaters. Wild animals will eat just about anything because they have no choice. In a residential home, the dogs have learned that there are some foods that are delicious and others that are just edible.

Even if you’re strict and don’t feed your dog food that’s designed for humans, it doesn’t mean they can ignore your food that they can smell and see.

Don’t give your Pomeranian food from your table because it whets his appetite for steak and human food and lowers your role as the master.

There’s a difference between a fussy Pomeranian and a puppy picky eater. A puppy picky eater can be tempted with a small piece of human food if he doesn’t want to eat his own food. A fussy eater is one who has refused to eat certain foods anymore.

It’s important to rule out any health problems first. However, if your vet says he’s fine, then there are ways to tempt him to eat.

How to Deal with Fussy Eaters Tips

Reduce the treats you give him. He’ll be more likely to eat if he doesn’t compare a treat to his dog food. Feed him smaller amounts more often…three or four times per day.

Take him for a walk before his meal because it will make him extra hungry and then he’ll eat whatever you give him. Neuter or spay your Pom puppy. It has a lot of benefits including preventing him from becoming fussy about his food. Feeding time should be positive.

If you can associate meal times with positive experiences, he’ll be less fussy. If he connects food and punishment, he’ll want to avoid eating. A quiet environment.

Ensure the room is quiet when you feed him and doesn’t have other dogs or children around to distract him. Change the times. Feed him at different times of day to see what time is best for him. Some like to eat just after you arrive home while others prefer to eat during the afternoon.

This is the last resort when all other tips have failed. Tempting him with some human food will work but only for a short time as he’ll soon get bored.

A healthy Pomeranian dog needs to eat the right amount of food. A fussy Pom dog may be underweight or, in some cases, overweight if you have feed him too many treats. If he’s underweight, he may have bone density, liver and kidney issues and is more likely to get skin infections. If your dog is overweight, he might have joint and heart problems.

If everything else doesn’t work, you can act silly. Before you put his bowl on the floor, hold it near your mouth and pretend to eat it, while making “yummy” sounds. Who cares if that seems silly? Nobody else is around and your Pomeranian can’t share your secret.

For more Pomeranian Information Check Out My Book

Should you Buy Two Pomeranian Puppies?

What Vegetables Can Pomeranians Eat?

Is My Pomeranian Fat?