Introducing a New Pomeranian Puppy Into Your Home

Are You Getting a Pomeranian puppy? You and your family may be thinking about getting a new addition to the household in the form of a new Pomeranian puppy. However, you need to really think it through before making any decisions. Your current pets (regardless of whether they’re cats, dogs or both) won’t be happy when you first bring that puppy home.

A young Pom puppy will need lots of attention because he’s a stranger to you, your human family and your animal family. A puppy can really annoy other pets because he’ll do whatever he wants, and that includes stealing their toys, going potty wherever he desires, and making a general nuisance of himself.

It can take six months, or even longer, in some cases, to train your puppy properly as well as get him used to your other pets and the way the household is run.

Pom puppy’s first night in new home can be very unsettling for a puppy. He’ll meet other family members, your other pets and must adjust to life in a brand new environment. He’ll have a couple of meals so he’ll be confident that he’ll be regularly fed.

When it comes to bedtime, he’ll most likely be too excited and/or nervous, to sleep now he’s in your home. There are lots of ways you can make him more comfortable at the beginning of his new life with you and your family. Set up a specific time and routine for putting him to bed from the first night.

These tips will make that task easier to manage:

If he wakes up during the night, take him out to the bathroom again. This isn’t play time so don’t make it one. Otherwise he’ll want to play every night. Set your alarm clock so you decide when to take him to the bathroom instead of him dictating terms.

This may occur a few times a night at first but should eventually settle down.

At the end of the day, you put your new Pom puppy in his crate and wish him goodnight. Then you turn off the lights. Is your new Pomeranian puppy sleeping all night without any noise. This may be the case but it’s common for pom puppies to feel lonely and afraid.

Is Your New Pomeranian Crying At Night?

Is your Pomeranian whining at night? So he’ll do what most puppies would do and that’s to cry and scream until he gets some attention from you.

Why Do Pomeranians Cry?

He wants to be reunited with his previous family. It’s impossible for you to imagine how your new pom feels, that abrupt separation from his home and family, the two factors that have kept him secure for his whole life until that point.

The Pom Breeder should separate the puppies for periods that grow longer and longer, before being sent to a new home. This helps reduce the feelings of abandonment your puppy may feel when he’s uprooted and given to new owners, no matter how nice you are.

Pre-owned and older Pomeranians generally also feel nervous when moved to a new home they don’t recognise. Put yourself in your puppy’s shoes. If you were suddenly forced to move to a different place with new people, you’ll also feel anxious and stressed.

How to Comfort a New Puppy Pomeranian:

What to do when puppy cries at night:

Tips On Easing Tension Between Pets

It’s wise to make a confined area to keep your puppy. If it’s currently the area where you feed your pets, change the feeding area so it’s away from the puppy and is in a quiet place. This needs to be done a week prior to bringing puppy home so your pets get used to it.

Your Pets Need to be Fussed Over More Than Normal

Make a big fuss over your current pets so they don’t feel as though you’re ignoring them.

Here are a few tips to help you achieve this: If you have to feed your puppy three times daily, do the same with your other pets and split their meals so they’re not getting more than usual. Feed your existing pets before your puppy.

How To Introduce Your New Pomeranian Puppy to Older Dogs

If you have had one or more dogs for a few years, they’ll feel territorial and won’t like having to share your home with the new Pomeranian pup or what they probably feel is a little “intruder.”

At first, it’s best to have your dogs and the puppy in a neutral space outside and then introduce them slowly. You should remain calm and your current pet needs to be the main focus of your affection.

Choose the time for the introduction when your current pet is relaxed and calm. You really need two people. You have your dog on a leash. Somebody else has the Pom pup on a leash. That way you keep control of the situation.

Give your dog plenty of treats as you solely focus on him. After you feel that your dog will accept this new family member, ask the other person to carry puppy into your home.

If you’re worried about how your dog will react once both he and the puppy are inside your home, put the puppy in his playpen or crate. You give your dog 100% of your attention and pretend puppy isn’t even there. Remain calm while the dog and puppy check each other out, and you stay focused on your dog. If interactions start getting rough, your dog will use body language to tell puppy who’s boss. Watch as it all happens, while remaining cool and ever vigilant.

Another way of doing it is to start outside again and allow the dog and the puppy to “say hello.” Then indicate to your dog that he can lead puppy into your home. If you’re seriously worried that your dog may cause harm to the puppy, you can muzzle him or grip his leash tightly so you can pull him back if necessary.

Cats need to be introduced too. The majority of cats prefer not to have puppies in the same house. If your cat has a lot of confidence, he’ll most likely wait patiently until the puppy gets near enough so he can give puppy a good slap across the snout. Don’t over-react.

Stay relaxed or you can make your pets feel stressed. Put puppy in his crate (and have a toy or two in there for him to play with. Let your cat do what he wants (as most of them do). Never force a cat and puppy to be friends. In time, they’ll either become great friends or the cat will simply stay out of reach.

Before you bring your Pomeranian pup home, there are supplies to buy and your house needs to be Pomeranian proofed. If your Pomeranian is going to be spending time in the backyard, you will need to make sure the yard is secure and that there is no area where the puppy can slip through the fence. Make sure no other animals that could harm your Pomeranian can get in.

Pomeranians are only small dogs and should live in the house with their families. They enjoy companionship and can get lonely. A lonely Pomeranian can be a destructive Pomeranian.

You will need to provide a place for your Pomeranian to sleep. Buy a small dog bed of unchewable hard plastic that is just big enough for your dog. A zippered bed cover will allow you to remove it and wash it when needed. Place the bed next to your bed or in the spot where you want it to sleep.

If you prefer to have your Pomeranian sleep in another room, make sure you start him out sleeping there. Don’t let him sleep in your room for a couple of weeks and then try to switch him. This will only lead to frustration for you and your dog.

You will want to buy a collar and a leash so that you and your Pomeranian can go on walks. I prefer the use of a harness and a leash for a Pomeranian. This will also make sure that he is safe when you visit the veterinarian.

Feeding dishes are important. You will want one for food and one for water. Avoid plastic dishes. Choose a small size suitable for your Pomeranian. Make sure they stay clean between feedings and the water is always fresh and available.

Pomeranians love to play so don’t forget to buy a special toy for him. Make sure it is suitable for a small dog and not easy to tear into millions of pieces that he could choke on. Check for pieces that could be ripped off and swallowed.

A small pet carrier is an necessity for car travel. Puppy pads, newspapers or a puppy potty.

Grooming supplies for your Pomeranian are a necessity. Daily brushing keeps your Pomeranians coat clean and beautiful. It’s also a great way for you and your dog to spend some time together and can be very stress relieving for you.

Make an Appointment to Have New Pomeranian Puppy Vet Checked

Crates and xPens For Your Pomeranian Puppy

“Canis familiaris,” the domestic dog, is descended from “Canis lupus,” the wolf . In the wolf den, the mother wolf cleans up the cubs feces until the youngsters are old enough to defecate away from the den. The cubs learn that the den is a place to keep clean as well as a place of safety and comfort. A modern den can be a xPen puppy crate that can be kept in any room in the house.

The Puppy Crate is a Multi-purpose Piece of Dog Paraphernalia

It can be used for:

Housetraining A Crate or xPen is a valuable potty training tool for puppy. Playpen for puppies when you’re not home. If you need to take the kids to school or go to the grocery store, the pup that’s crated will not chew the furniture or wet the carpet while you’re gone. If he has already wet the carpet or chewed the furniture, you can put him in the crate and issue a stern warning that there’ll be no more of that going on. Sanctuary for the over-excited pup.

Don’t let Puppy run amok through the house, terrorizing the cat, the kids, and the furniture, and don’t feel guilty about restricting his freedom. Sending the pup to his crate is somewhat akin to sending a child to his room: he feels comfortable there and he knows you are angry, and you have a chance to recover from his outburst.

After the pup is housebroken, leave the crate open during the day. You’ll find that the pup will nap in the crate by choice. You can continue to put the pup in the crate when you’ll be away from the house as long as you don’t leave puppies and young dogs confined too long and make sure they have plenty of exercise when you are home.

People often cringe at the thought of putting their beloved Pomeranian in a box or cage. They think confinement is cruel. After all, people don’t want to be enclosed in a space they can barely turn around in. But puppies aren’t people. Their wolf ancestors found comfort, safety, and shelter in their dens, and modern Pomeranians find solace and satisfaction in their own space as well. 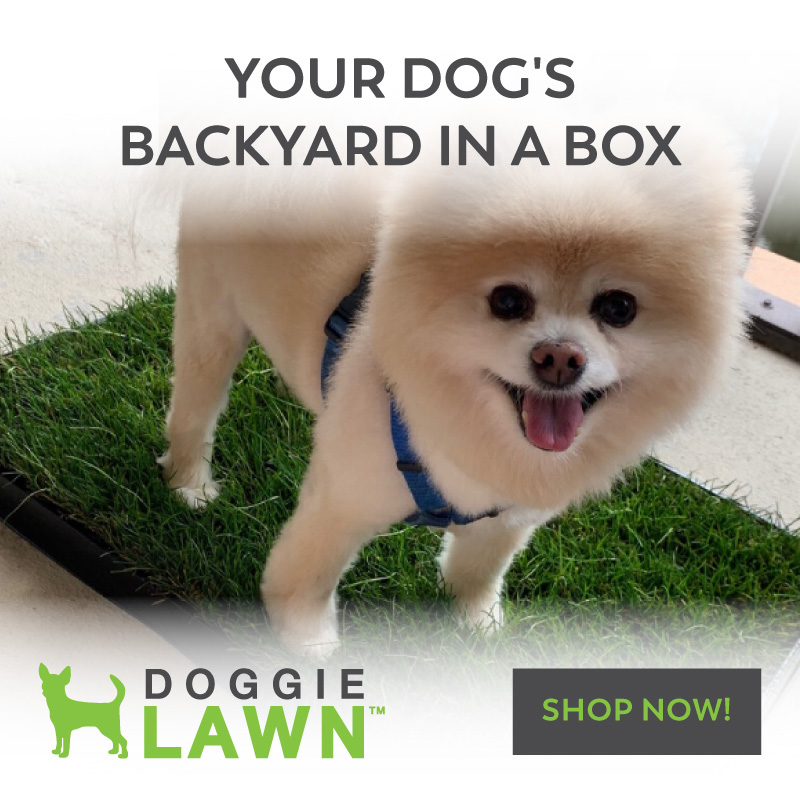 The Must Have Book For All Pomeranian Owners – The Pomeranian Handbook

Pomeranian Vaccination Schedule
← Previous
Protect your Pomeranian from Ticks, Mosquitos and Fleas
Next →
Comments are closed.