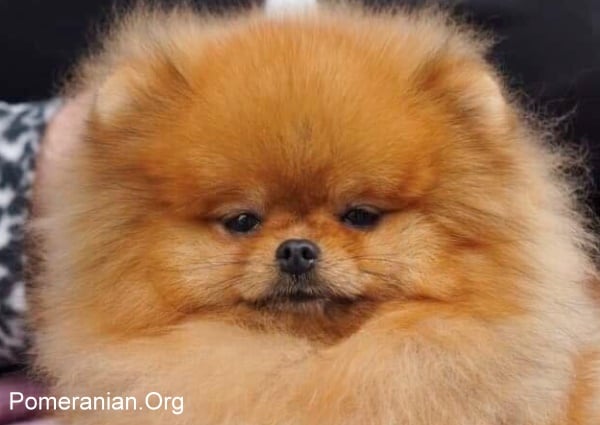 Is a Pomeranian Right For Me?

To help you decide the answer to that important question, I would like to share my observations on the Pomeranian’s temperament. Benefit from my extensive knowledge of the Pomeranian breed, over 50 years involvement with Poms as an Pom dog owner, Pomeranian breeder and Pomeranian exhibitor of close to 100 Champion Pomeranians.

The Pomeranian puppy personality is similar the adult Pomeranian.  These very cute, little balls of fluff have no idea how tiny they really are.

Important Pomeranian character traits include that they intelligent and playful, they require lots of mental stimuli so they’re kept busy. They’re fiercely independent and succumb to “small dog syndrome,” a trait they share with numerous other small dog breeds.

They require plenty of training to help them be social and to ensure good behaviour. Poms respond well to training and enjoy learning, so it generally becomes easier to train them as you add new elements to the training regime. Pomeranians are an alert breed, acutely aware of environmental changes. If they bark when faced with any new stimuli, that can create the bad habit of too much barking without a valid reason.

Because they’re extremely defensive when it comes to new stimuli in their territory, they’re likely to bark at any sounds outside, regardless of whether it’s somebody walking past the house or a person coming to the front door. These dogs sometimes use their intelligence as a tool to get everything they want from the person or family who own them. As extroverts, they love being the centre of attention. However, if you don’t set rules for them to follow, they can be naughty.

They make fantastic watchdogs because they’re very alert, partly because they’re also very curious. They love being outside and, if possible, they’ll either peek through the curtains or sit on a window sill and watch the world moving around outside.

Your Pom will bark to warn you if somebody is at your front door. Poms are lap dogs. This doesn’t mean they’ll want to spend every day sitting in your lap. However, they’ll want to stay close to you as much as possible. Poms are normally inside dogs but that doesn’t squash their desire to explore the world outside of their home.

They love running around and, in extremely cold temperatures, they need protection to keep them warm. If your dog has been cooped up inside all day, he’ll love it if you grab his leash and take him for a long walk or to the local dog park so he can run around. Poms love exploring new things, whether they’re sounds, smells, visual things or sounds.

The natural Pomeranian temperament means that most will want to sleep with you, usually in your bed so they feel safe, happy and more relaxed. However, it’s crucial that you be aware of the little body in your bed, especially Pom puppies as they’re so tiny. You may roll over in bed and squash your puppy by accident, which would also frighten the puppy.

He may fall off the bed if he moves while asleep. If you allow your pet to sleep in your bed for any length of time, it’s almost impossible to break him of this habit and make him sleep in a doggie bed.

Many people wrongly believe that a pom is naturally a barker when he’s actually not a habitual. Barking usually happens when he wants your attention, if there are strangers at your door or near you when you’re out walking together.

In general, Poms aren’t the “yappers” that lots of people believe. The Pomeranian is a glamourous little dog with heaps of big dog attitude. A tiny dog that wants to escort you everywhere, a cute little dog who wants to cuddle up close to his owner whenever possible. 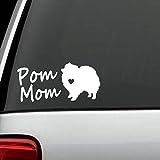 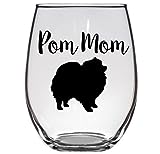 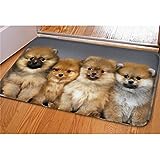 Learn Everything About Pomeranians in The Pomeranian Handbook

At What Age Do Pomeranians Stop Growing?